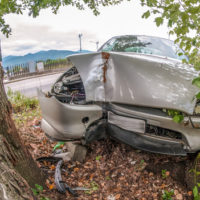 After many years of steady decline in roadway fatalities, preliminary data shows that 2015 was the first year since 1966 that deaths on US roads increased. According to the National Highway Traffic Safety Administration (NHTSA), deaths due to motor vehicle accidents increased by 7.7% over 2014’s total.

The reasons for the increased fatality rates were not immediately clear to researchers. The data show that, while total vehicle miles traveled increased in 2015, they increased by only 3.5%, failing to account for the total rise in fatality rates on the road. Rather than searching for a new factor that has caused the jump in deaths, some experts are instead inclined to believe that existing causes are largely to blame and deserve increased attention. Dr. Mark Rosekind, the administrator of the NHTSA, noted, “the data tell us that people die when they drive drunk, distracted, or drowsy, or if they are speeding or unbuckled. While there have been enormous improvements in many of these areas, we need to find new solutions to end traffic fatalities.” Specifically, the NHTSA reports that half of all victims of fatal motor vehicle accidents were not wearing a seatbelt at the time of their injuries, and approximately one third of all fatal accidents involved an intoxicated driver.

Given how many advances in vehicle safety have occurred in recent years, the increase in fatality rates is especially surprising. Many new models are now equipped with such collision avoidance features as forward-crash warning and automatic braking; features which, according to studies conducted by the Insurance Institute for Highway Safety, hold the potential to prevent thousands of collisions a year. While these technologies hold possible advantages that may be reaped when more widely implemented, safety experts advocate for time-tested measures to reduce crash deaths now. “They include strong laws coupled with highly-visible law enforcement and robust public education campaigns. By using these tactics, the nation saw a nearly 25% drop in the number of fatalities between 2005 and 2014, including a record low in 2011,” said Jonathan Adkins, executive director of the Governors Highway Safety Association.

If you or someone you love has been hurt by a negligent or reckless driver in California, including drunk drivers, distracted drivers, or drivers traveling at a high rate of speed, seek the compensation you’re owed for your injuries with the help of a lawyer you can trust, and contact the Claremont personal injury lawyers at Blasser Law for a no-cost consultation, at 877-927-2181.