Lisa received her dual undergraduate degrees in Criminal Justice Administration and Sociology (with an emphasis on Social Deviance) from San Diego State University in 2001 and her Juris Doctorate from Western State College of Law in 2004, where she graduated with scholastic honors. While in law school, she clerked for the late Senior Federal District Court Judge Robert M. Takasugi, interned for three years at a plaintiff personal injury law firm and was lead trial attorney on her moot court team.

Lisa began practicing in January of 2005 and since then she has represented both plaintiffs and defendants in personal injury matters, employment disputes, contract drafting and enforcement, and estate planning, just to name a few. She also spent two years as a Deputy City Attorney, defending five cities in Los Angeles County in civil rights matters, employment rights, Municipal contract negotiating and drafting and a broad range of civil litigation matters. Lisa is currently the Assistant Director of Academic Support at Western State College of Law and teaches Bar Preparation courses and legal skills based courses. Lisa practices in the California State Courts, the Federal District Courts and in the California Court of Appeal.

On a Personal Note …

“I was born and raised in Southern California and have lived here my entire life. I initially went to law school to increase my chances of getting a job as an undercover investigator for the F.B.I., however, along the way I fell in love with the law … the rest is history. During law school, I developed a little crush on my now-husband, who holds the compass to my heart and who is the leader of this law firm. In my spare time, I enjoy chasing our son around, jogging and spending time with our family. I believe in the power of positive thought, that honesty is always rewarded – be it now or later, that every human has worth, and that while hard work is essential – it is the passion that will see you through.” 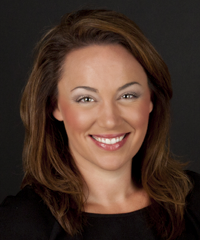