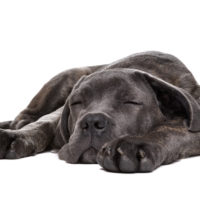 For some people, pets can be almost like children. Division of assets and property in divorce can already be a combative and difficult process without the level of emotional attachment we have for our pets. In most jurisdictions around the country, however, pets are treated as simply another type of property in divorce proceedings: If a court is deciding who gets what, a pet is more or less worth its monetary value. Self-described “pet parents” in California, however, will rejoice knowing that a new California law aims to treat Patches more like a kid than a couch in a divorce. The new law is effective as of January 1, 2019. Read on for details of California’s new pet custody law, and contact our experienced Claremont family law attorneys with any questions about property division in divorce in Los Angeles or the San Gabriel Valley.

Under pre-existing law, pets were treated as property in a divorce. If the pet was acquired during the marriage, it was treated as marital property and added to the total set of property to be divided up. Divorcing spouses were free to decide for themselves to whom a pet would go, and they could even draft up “visitation” or “custody” arrangements as part of a divorce settlement. However, in the event of a dispute that must be resolved by the court, judges were not required to award shared custody or otherwise treat the pet any differently than a car or piano or other piece of property.

Many California courts, however, in that very special California way, were already willing to consider additional factors outside of those mandated by law in determining where to place a pet. Courts were already considering factors such as who took primary care of the pet and where the pet might be happiest. In September, Governor Jerry Brown signed a bill that would codify into law the factors that California courts had already begun considering.

State Assemblymember Bill Quirk sponsored the law. Quirk stated that the new law “makes clear that courts must view pet ownership differently than the ownership of a car, for example. By providing clearer direction, courts will award custody on what is best for the animal.” The new law instructs judges to consider the best interests of the animal upon a divorce. They can consider factors such as who walks, feeds, and plays with the pet in determining where to place it.

While the majority of pet custody disputes have historically concerned dogs, the new law applies to “any animal that is community property and kept as a household pet.” The law went into effect on New Year’s Day.

If you are considering divorce and need experienced legal help with all of the associated issues, contact the experienced Claremont family law attorneys at Blasser Law at 877-927-2181.