What Factors Do Judges Consider When Deciding Child Custody in California? 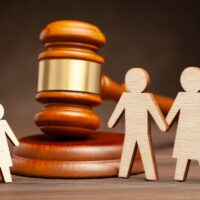 In California, Division 8 of the Family Code details the general provision when a court is determining who will have custody of children in the event a divorce takes place. Several factors are taken into consideration when deciding on child custody. Regardless of the circumstances, the primary factor will always be what is in the best interest of the child.

When custody is being determined, both legal custody and physical custody will play a part in how a parent spends time with their child.

Legal custody refers to the parent who has the authority to make important decisions on behalf of their children. These decisions pertain to the child’s education, health care, and overall welfare. A parent who does not have legal custody may not make these types of decisions without the consent of the legal custodian.

If both parents have physical custody of their child, this may not necessarily mean that the child divides their time between both parents equally, as this is often difficult if not impossible. The parent who generally spends the most time with the child will often be referred to as the “primary custodial parent.”

Courts Decide What Is Best for the Child

When courts are deciding on child custody and visitation rights, many factors come into play. The main factor however will be what is in the best interest of a child. In some cases, a judge will appoint a lawyer for a child to ensure that the interest of that child is protected. Below are some of the main factors for the judge to consider in making a custody determination.

Age of the Child
While a court cannot keep a child away from their parent because of the child’s age or sex, sometimes the child’s age does bear weight. For example, if the child is still nursing, this may be taken into consideration if being with the mother is in the best interest of the child. For older children, some California courts will allow the child to share their opinion on who they would prefer to stay with.

The Health of the Child
If a child requires certain health needs that one parent can better provide, then this is something a judge may take into consideration.

Emotional Ties Between the Child and Parent
If a child feels more emotionally connected to one parent than another, this may factor into deciding child custody. For example, if one parent has been absent from a child’s life since their birth and the child is now old enough to understand the circumstances, a judge might not grant custody to the absent parent just because they have missed out on so much of their child’s life.

Ties to School, Community, or Home Life
Child custody arrangements are created with the interest of the child in mind. If a child will be better served with one parent because of ties to their school, community, or other extracurriculars, then a judge will consider this.

Safety and Welfare of a Child
Another one of the main factors a judge considers when deciding on child custody is the health, welfare, and safety of a child. If one parent proves to be abusive either physically or emotionally, a judge might put restrictions on that parent’s custodial rights. A judge may also hear independent corroboration consisting of written reports from law enforcement agencies, social welfare agencies, and other organizations that have observed neglect or abuse in the household. If a parent is unable to provide for the welfare of the child, this could also play a factor in child custody arrangements. Factors judges will consider include whether or not there is drug abuse in the home, illegal activity, or even continual abuse of alcohol.

There are four types of visitation orders that parents can find themselves with. They include the following:

Having an experienced representative by your side can help you navigate the complicated child custody proceedings and arrangements. In Los Angeles or the San Gabriel Valley, reach out to one of our qualified Claremont family law attorneys today to explore options for your family.