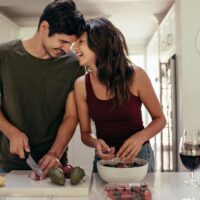 Typically, in order to get legally married, a couple must obtain a marriage license and exchange vows in a ceremony (either religious or civil). Clients often ask us about whether a “common law marriage” is valid if those other steps haven’t been taken. Many people believe that if they live together as an unmarried couple for long enough, the law will simply treat them as married, with all the related rights and responsibilities. While common law marriage does exist in some states across the country, those states are in the minority. Read on to learn about how California law treats common law marriage, and call a seasoned Claremont family law attorney for help with a California family law matter.

What is Common Law Marriage?

Common-law marriage is a legal doctrine that treats certain couples as legally married, even if they do not go through the appropriate formalities. To become common-law married in the states that recognize the doctrine, couples typically must cohabitate for a certain period of time, hold themselves out to the world as married, act as if they are married, and intend to be married. In those states, a common-law spouse might have rights such as medical decision-making, inheritance, and entitlement to property division and spousal support upon separation. Only a handful of states currently recognize common law marriage, and California is not one of them.

California does not recognize common law marriage. Couples must obtain a marriage license and go through a marriage ceremony in order to be legally married, regardless of how long they have cohabitated and whether they represent themselves as married to the world.

On the other hand, couples who have been together for a long time but never married might still assert some marriage-like rights in California. Unmarried couples who satisfy certain conditions may be able to assert a “palimony claim” upon separation, also called a “Marvin claim” based on the lawsuit that first established these rights. A Marvin suit is a claim for financial compensation similar to what is available under California’s community property and alimony laws. A Marvin lawsuit is essentially a claim to split up the couple’s property as if it were marital property and to obtain alimony as if the couple were married.

Marvin claims are essentially breach of contract claims, even though they sound like divorce allegations. To succeed on a Marvin claim, the plaintiff must prove that the couple had a written agreement or implied understanding to share property and earnings and/or for one party to provide financial support to the other. Suing on an actual written agreement is much easier; claiming there was an implied contract to provide support or divide property is more difficult. Success on an implied agreement Marvin claim depends on a variety of factors including why the couple never married, whether the couple used joint credit cards and otherwise intermingled finances, whether title is held in both parties’ names, and whether one party was the primary bill-payer for the household.

California May Recognize a Common Law Marriage From Another State