How Does a Court Prove or Determine if a Parent is Unfit? 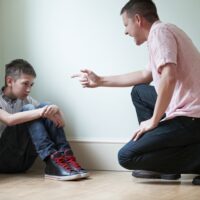 Parents are generally given wide latitude in determining how to raise their children. Regardless of the objections of grandparents, aunts and uncles, or other friends or family members, parents can typically teach their children whatever they want and raise them according to their values. The same applies to divorced parents unhappy with their co-parent’s behavior. There are limits, however. If a court determines a child’s parent or parents are legally unfit to care for a child, then the court could remove the child from their custody and transfer custody to another family member or the state. In a custody dispute, to deny one parent any right to custody or visitation, a co-parent will likewise need to demonstrate permitting the other parent custodial rights is dangerous for the health and safety of the child. Below, we discuss how a California court will evaluate a parent’s fitness. If you have concerns about a parent’s fitness or other child custody issues, call a dedicated and understanding Claremont child custody attorney for help.

Showing a Parent is Unfit in a Custody Dispute

When a court considers child custody, the judge will focus on the best interests of the child. Typically, California courts assume that some form of shared custody is best for a child, believing that continued contact with both parents is ideal. Serious allegations of violence or abuse, however, may lead a court to strip one parent of their custody rights entirely.

When evaluating whether to take away a parent’s custody rights, the court will consider factors including:

The burden is on the parent seeking to strip the other of custody rights to prove that a history of violence, abuse, criminal activity, or addiction will put the child in harm’s way if the other parent is allowed to have custody. The moving parent can present evidence such as:

If you believe you should be granted sole custody of your child, talk to a dedicated child custody attorney for help building your claims. Courts are reluctant to strip any parent of their rights, so it is important to gather evidence and know how best to prove your case.
Reach out to a compassionate and effective child custody attorney for help with child custody, divorce, or any other family law matter in the San Gabriel Valley or Los Angeles County by contacting the Claremont offices of Blasser Law at 877-927-2181.