What are the Laws for Establishing Paternity in California? 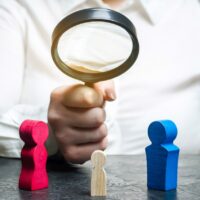 Having a legal parental relationship with a child carries with it a number of legal rights and obligations, including rights for the child to medical insurance coverage and inheritance, the right for the parent to make medical decisions, as well as obligations concerning child support and child care. When a mother gives birth to a child, she is automatically recognized as the child’s legal mother. Fathers may have to jump through additional legal hoops to establish legal paternity. Read on to learn more about establishing paternity in California, and call a knowledgeable Claremont father’s rights attorney to discuss a paternity dispute in Southern California or another California family law matter.

In California, when a couple is married, parentage is assumed. If a mother gives birth and the child was conceived while the couple was married, her husband (or other legal partner) is automatically assumed to be the child’s other legal parent. The husband will be conclusively established as the child’s legal father unless some party contests the parentage within two years of the child’s birth. A man claiming to be the biological father can challenge paternity within the first two years. The presumed father (the mother’s husband) can challenge paternity later on, regardless of the child’s age.

If the couple is not married at the time of the child’s birth, additional steps must be taken to establish paternity. If both parents agree as to the identity of the father, the parents can sign and file a Voluntary Declaration of Parentage form. The form must be signed by the parents before an appropriate witness. The witness can be a representative of the hospital where the child was born, so that the parties can sign the form just after birth. The parents can also go to a municipal agency shortly thereafter, including a local child support agency, a family law court, a county welfare department, or a local registrar of births and deaths. If the birth certificate has already been issued, the parents can ask for a new one to be issued with the father’s name listed.

If either parent contests the genetic parentage of the putative father, then the parties can go to court to establish paternity. The mother might not believe another party is the actual father, the putative father might seek to disprove paternity to avoid parental obligations, or a third party could try to have himself declared the biological father.

An interested party–the mother, the alleged father, a man who believes he is the father, a child aged 12 or older, or a relevant governmental agency–can file a petition in court to determine proper paternity. The party will need to follow appropriate court procedure, ideally with help from an attorney, including filing a petition for paternity with the appropriate factual and documentary support. The court will evaluate the situation and will most likely order genetic testing. The county superior court has the authority to order genetic testing on everyone involved, including the putative father(s), the mother, and the child. Based on the results of the genetic testing and other relevant factors, the proper legal father will be established.