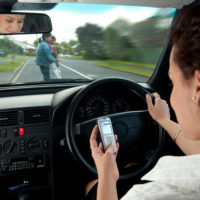 It appears that many US drivers live by the maxim, “Do as I say, not as I do.” According to the recently-released results of a survey conducted by the AAA Foundation for Traffic Safety, many drivers recognize how unsafe certain behaviors are, but continue to practice them all the same.

The survey was conducted online between August 25 and September 6, 2016, and gathered the responses of 2,511 individuals who stated that they had driven at least once in the past 30 days. The survey asked drivers about their opinions on a broad array of driving behaviors, including distracted driving, aggressive driving, drug- and alcohol-impaired driving, and drowsy driving, as well as to what extent they’d engaged in such behaviors.

In reviewing the results of the survey, it is unsurprising that fatalities on the road have been on the increase for the past two years. The results of the survey showed that, while many drivers understood the risks of poor driving habits, and even felt threatened by those habits when undertaken by other drivers, they still practiced these dangerous behaviors themselves. For example, 70% of all drivers disapprove of hand-held use of a cell phone while driving, and 42% would even support a ban on hands-free cell phone use while behind the wheel. That said, over 66% of all drivers reported that, in the past month, they had talked on their cell phone while driving, and nearly a third of drivers reported that they talked on their phone frequently.

Despite the fact that 80% of all drivers considered texting or emailing while driving a serious threat to their safety, 40% of all drivers reported having read a text or email from behind the wheel within the past month, and 31% admitted to having themselves typed a text or email from behind the wheel. Survey participants agreed almost universally that driving under the influence wasn’t safe, but over 12% admitted that they drove when they thought they may have been near the legal blood alcohol limit in the past year, with over 2% admitting they’d done so in the past month.

If you’ve been injured in an accident in Southern California, find out if you may have a right to money damages from a personal injury lawsuit by contacting the seasoned and effective Claremont personal injury lawyers at Blasser Law for a consultation, at 877-927-2181.