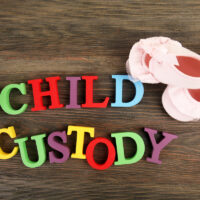 Change in a parent’s work schedule

Parents who change jobs may find that the current custody arrangement no longer fits their schedule–they are no longer available on weekends or need to travel a week or two each month.  If their co-parent refuses to alter the existing custody schedule to be accommodating, it may be necessary to ask the court for help.

One parent is denying custody or visitation rights to the other

A court may order a modification to a child custody arrangement if the custodial parent has been preventing the non-custodial parent from exercising their parenting time with the shared children.  Parents who violate the court’s custody order risk losing their custody rights or having them limited.

If one parent suspects that the other is placing the child in a dangerous situation by, for example, conducting criminal activity inside the home or abusing drugs or alcohol, that parent may move to deny custody or visitation to the endangering co-parent.  Similarly, a parent may seek a modification if the other parent is failing to properly care for the child, such as by not ensuring that the child gets to school on time or that the child attends scheduled medical appointments.

If a parent must relocate to a distant city or out-of-state due to a change in employment or personal matters, either parent may move to modify the custody arrangement to accommodate the move.  The custodial parent cannot move to another state with the shared children without the approval of the non-custodial parent or the court.

For experienced and knowledgeable legal help with a California family law matter or Los Angeles area divorce, contact the Diamond Bar offices of Blasser Law at 909-843-6363.