Three’s Not a Crowd: Tri-Parenting in California 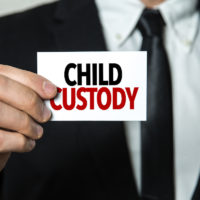 A recent opinion from an appellate court is illustrative of a new trend growing in California and several other states: “Tri-parenting.” Ruling pursuant to a California law passed in 2013, the court found that the child over whom the parties were disputing custody actually has three legal parents. California is one of a few states with statutes that provide for third parentage under certain circumstances, although courts in more than a dozen states have now found in favor of a third parent arrangement in extraordinary situations. Continue reading for more on this case and the rise of “tri-parenting” in California and contact our experienced Claremont family law attorneys with any questions about child custody in Los Angeles or the San Gabriel Valley.

California, like most states, creates a presumption that the man married to a woman who becomes pregnant is the father of the resulting child for all legal purposes. That presumption can be challenged by the husband or the biological father, if done within two years after the child is born, to allow the husband to forego parental rights and responsibilities or to allow the biological father to gain them.

Unlike most states, California law specifically allows for a third option: SB 274, signed into law in October 2013, permits courts to declare that a child has more than two parents for all legal purposes such as custody and child support. The statute was passed after a lesbian couple’s child ended up in foster care and the biological father tried and failed to gain custody, and was intended to allow the law to keep up with the growing trend of non-traditional families.

While the husband was certainly presumed to be a father to the child per longstanding law, the appellate court in C.A. v. C.P. found that the biological father also satisfied California law for a “presumed” parent. The court explained that while the biological father missed the window for challenging the husband’s presumptive parentage via paternity test under one statute, he did satisfy a separate provision where a person acts like the parent. Per section 7611 of California’s Family Code, the biological father “receive[ed] the child into his or her home and openly h[eld] out the child as his or her natural child.” Where more than two parties otherwise satisfy California law for a presumption of parentage, SB 274 allows a court to find that a third parent exists in the “rare case” where such a finding “is necessary to protect the child from the detriment of being separated from one of his or her parents.”

The court noted that the case may have been different if the couple had consistently excluded the biological father, but in this case, they allowed him to act as another father to the child for years. Depriving the child of that other father would not have been in the child’s best interests.

Tri-parenting is a growing trend around the country

At least a dozen states have permitted a third parent to share parental rights under certain circumstances. For example, Louisiana has recognized dual parentage rights in situations like the California case where the presumed father is not the biological father of the child, as well as where a third party (such as a grandparent) has effectively raised the child. Other states like Oregon and Alaska have permitted third parent adoptions in some situations involving three parties in an intimate relationship, although such arrangements have also been denied in those same states.

If you’re a parent looking for help with a California custody dispute or child support determination, contact the experienced Claremont family law attorneys at Blasser Law at 877-927-2181.