What is Physical Placement? 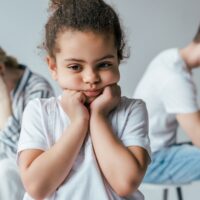 Child custody laws and regulations are far more confusing than they have any need to be. There are different terms addressing decision-making authority as opposed to authority over where the children reside. The legal terms concerning each custodial right vary by state, and even within a given state those terms have evolved and changed over the years. You might hear different phrases from friends and family than those discussed in your lawyer’s office, which might in turn differ from the official legal terminology used by the family court. Below, we explain the meaning of “physical placement” and how it relates to physical custody, legal custody, parenting time, and other legal concepts concerning parental rights. If you have questions about an upcoming or ongoing child custody dispute in Southern California, call a savvy Claremont child custody lawyer for advice and assistance.

In California, there are two general categories of child custody: legal custody and physical custody. These categories refer to the parents’ rights and responsibilities regarding the children at issue. Legal custody concerns a parent’s decision-making authority. Legal custody confers the right of a parent to make major life decisions for and about the child, such as decisions regarding education, religion, and medical issues. A court might award one parent the unilateral right to make some decisions (such as whether the child will attend a religious school) while awarding both parents the shared right to make other decisions (such as those regarding medical care).

Physical custody, on the other hand, refers to the residential placement of a child. One parent may have sole physical custody, meaning that they have the exclusive right to determine where the child resides at any given time. Far more commonly, however, California courts award some form of shared physical custody. The parties and/or the court will establish a parenting plan which determines where the child will reside on which days, as well as what rights to parenting time/visitation each parent has while the child resides with the other parent. A physical custody arrangement might see the child spending one week at each parent’s residence, for example, or spending weekdays with one parent and weekends with the other.

Regardless of the specific legal terms used, it’s most important to understand your rights, your options, and your obligations as a parent. If you are facing an upcoming custody dispute and you have any concerns or confusion over your rights or options for child custody, a knowledgeable California child custody attorney can help.